FLV stands for Flash Live Video, it is a container file format used to deliver video over the Internet using Adobe Flash Player version 6-11. Flash Video content may also be embedded within SWF files. There are two different video file formats known as Flash Video: FLV and F4V. Both formats are supported in Adobe Flash Player and developed by Adobe Systems. FLV was originally developed by Macromedia. Similar media formats include SWF, or Shockwave; and F4V, which is an updated and improved version of FLV. Many popular websites are using this Flash Video format now, including YouTube, Hulu, Google Video, Yahoo Video, Reuters, and some other news providers. 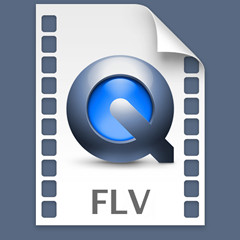 How to view it?

To view FLV files, a computer must have a Flash Player as a separate program or as an add-on installed through the web browser. Because Flash video is so prevalent throughout the web, the majority of web browsers include add-ons to accommodate FLV streaming files.

Another way to view FLV video is via Flash downloads for that a Flash Player also is required to view them on the computer. In the absence of a Flash Player, a Flash converter may be used to change the Flash video file to another file type that can be easily viewed with existing software.