.mov is the filename extension for the QuickTime multimedia file format of both audios and videos, developed by Apple Inc. Until now, it can support all mainstream computer platforms: Apple Mac OS X and Microsoft Windows 8.1 / 8 / 7 / VISTA / XP. It’s often used for saving movies and other video files, using a proprietary compression algorithm developed by Apple Computer. It’s compatible with both Macintosh and Windows platforms. The format specifies a multimedia container file that contains one or more tracks, each of which stores a particular type of data: audio, video, effects, or text (e.g. for subtitles). 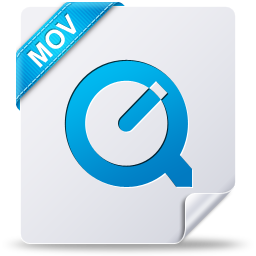 What's the Difference between MOV and MP4?

In 2003, the first version of MP4 format was revised and replaced by MPEG-4 Part 14: MP4 file format. The MP4 file format was generalized into the ISO Base Media File Format ISO/IEC 14496-12:2004, which defines a general structure for time-based media files.

It in turn is used as the basis for other multimedia file formats (for example 3GP, Motion JPEG 2000). A list of all registered extensions for ISO Base Media File Format is published on the official registration authority website www.mp4ra.org. This registration authority for code-points in "MP4 Family" files is Apple Computer Inc.