How to install Mac Blu-ray Player

As we all know, all Mac computers failed to ship with Blu-ray, which brought a big inconvenience to Mac users. But now, Macgo Mac Blu-ray Player can has solved this problem by delivering Blu-ray playback on all Mac models. Here we will show you how to install this fantastic Blu-ray player on your Mac.

Step 2: Directly install it on your Mac

Step 3: Run the Software and Enjoy Your Blu-ray Movie

After installing Mac Blu-ray Player, you can go to "Launchpad" and click on its icon to launch the program. The simplified main interface will reduce certain misoperations.

Now you can play your Blu-ray by two ways. You can insert a disc into the drive and click “Open Disc”, or click “Open File” to choose a local media file to wait for the program automatically start. Soon enough a menu will show up and you can make some adjustments there and click "Play Movie" to enjoy some Blu-ray time.

Note: A watermark will be shown when you play Blu-ray with the trial version. Once you buy and register the player, it will disappear. 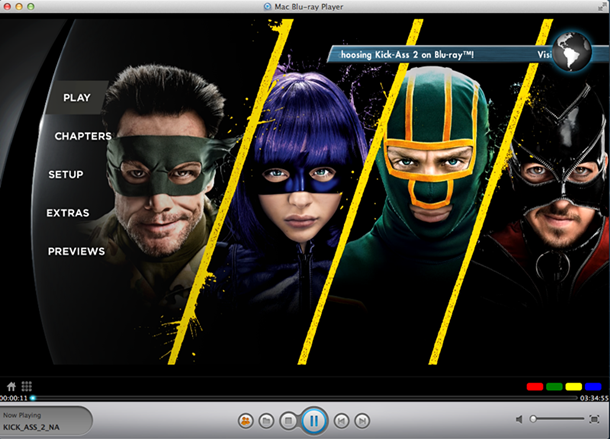